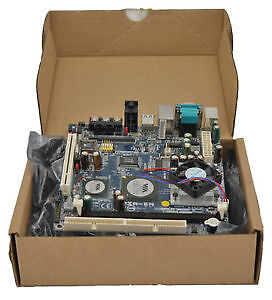 What You Need to Know About VIA Computer Motherboards

There are more and more devices and displays around us every day, and automated technology is taking over tedious tasks in various industries. Each piece of hardware needs to be controlled by a motherboard of some sort, but its not often possible to place a standard computer near every display. Thats where small motherboards and chipsets come into the picture.

Which CPUs Are VIA Motherboards Compatible With?

The company used to make motherboard chipsets compatible with Intel and AMD processors. These chipsets were then used by other motherboard makers.

What Types of Motherboards Does VIA Offer?

As of early 2018, the brand offers boards in three form factors with different processor compatibility and features. These are:

Content provided for informational purposes only. eBay is not affiliated with or endorsed by VIA.