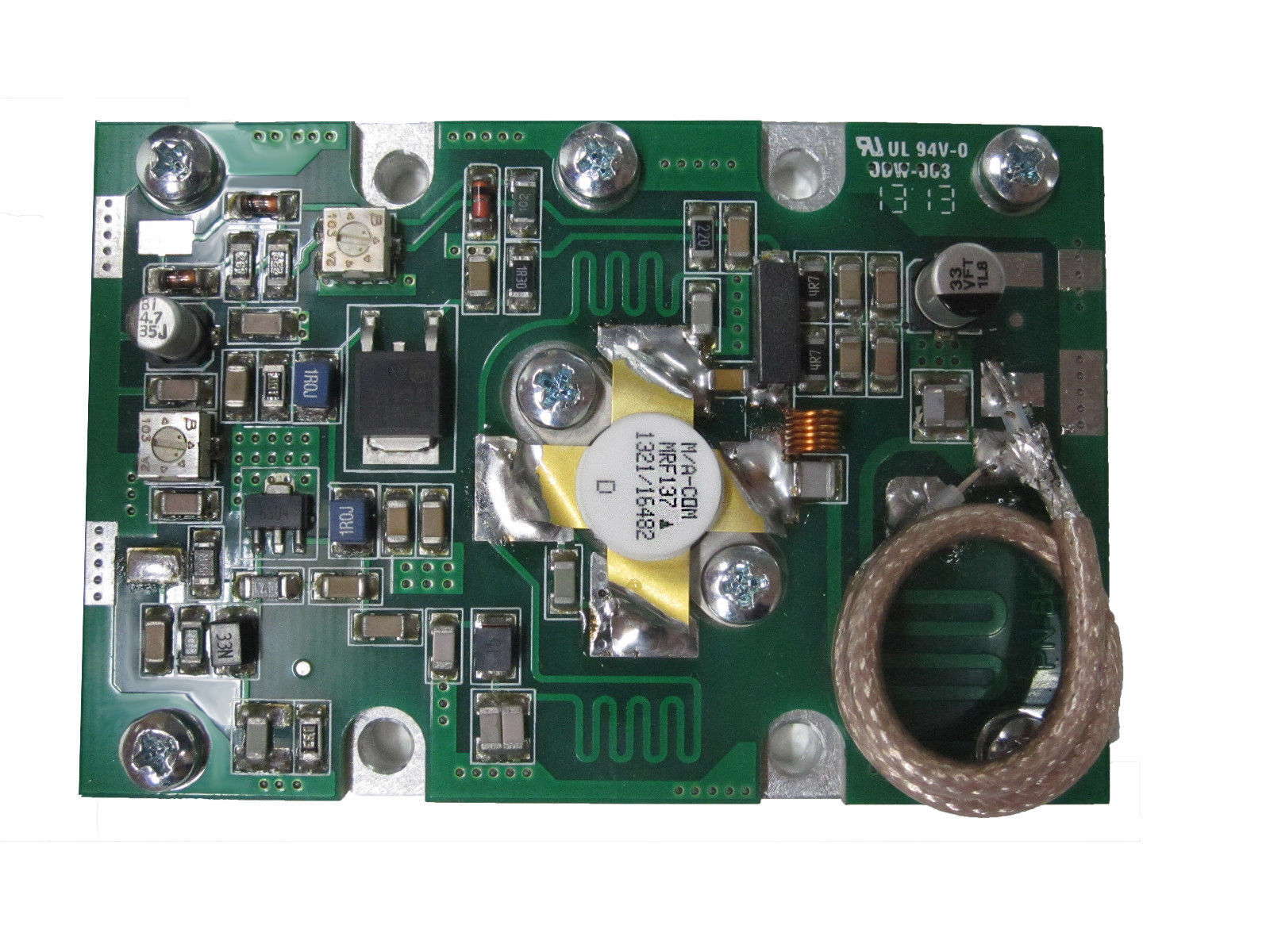 A ham radio amplifier is a chip that can boost a radios overall frequency range. If your equipment struggles to process information, this product can give the hardware a power boost. Find a great selection of VHF amplifiers in this collection on eBay.

What is a VHF radio signal?

VHF stands for very high frequency. All VHF ham radio amps are labeled as VHF products because they run at 30 MHz to 300 MHz, which is the standard range for a VHF signal. Amplifiers that are made for VHF ham radio equipment always operate at various wavelengths that range from one meter to 10 meters.

What are the output options for a VHF ham radio amplifier?

An amplifier for a ham radio has one purpose, which is to transfer power to vital transmission components. The output options for a typical amplifier impact how efficiently messages are transmitted using a ham radio. When an amp produces energy, low power gets a boost before the currents reach an antenna. In order to give radio users options, radio amplifiers are designed with different output levels. On eBay, youll find power amps with a:

What are the supported modes?

These amplifiers can be used with ham radio equipment that has modes for a variety of frequencies. A VHF amplifier supports:

What are the design specs for a VHF amplifier?

Most VHF amplifiers have a large base that contains multiple buttons and knobs. Youll also find compact options that only have a few buttons and one knob. The larger VHF amplifiers produce the most power, and the amplifiers that are compact produce 50 watts or less. Although big amplifiers generate a lot of power, they dont overheat easily as they are designed with many air vents.