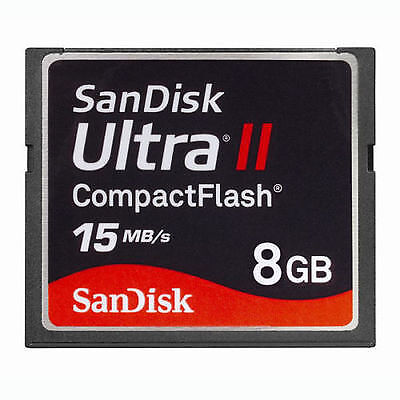 Everything You Need to Know About the SanDisk CompactFlash Memory Card

CompactFlash is a proprietary memory format used in portable devices such as DSLR cameras and camcorders. Whether youre a professional, an enthusiast, or an amateur, the CompactFlash format will store all of your memorable pictures and videos. These particular memory cards are produced by SanDisk.

CompactFlash is a flash-based memory card. It was invented by SanDisk in 1994 and continued to be widely supported in digital devices until it was replaced by XQD memory cards around 2011, although some cameras may still support the older format. The CompactFlash format supports storage capacities all the way up to 512GB, and it uses the Parallel ATA interface. ATA is the interface standard that connects storage devices such as hard drives, floppy disk drives, and optical disc drives. If your computer does not have the appropriate interface, then you can still retrieve the data by using an adapter. There are a few types of CompactFlash formats:

What is the flash memory format?

Flash memory is an electronic storage format in which data is stored in circuits, as opposed to a magnetic disk. It is commonly used in digital devices due to its fast transfer speeds and its durable design, which can protect against stress, vibrations, and potential damage.

What are the main types of Sandisk CompactFlash cards?

The SanDisk Ultra and SanDisk Extreme series are the two most common types. The Ultra series is designed for cameras that can take high-resolution pictures and video clips. The Extreme series is designed for professional-grade cameras that support burst-mode and video capture as high as 1080p resolution. The card itself contains a layer of RTV silicone coating to protect against additional shocks and vibrations, and it can operate in temperatures between -13 degrees and 185 degrees Fahrenheit.

What are the data transfer speeds of CompactFlash cards?

That depends on the particular CompactFlash memory card. CompactFlash uses a data transfer method known as UDMA, or Ultra Direct Memory Access. UDMA is the fastest method to transfer data through an ATA interface. There are eight different UDMA modes, ranked zero to seven. The cards are ranked based on the maximum possible read speeds, meaning the speed at which the host device can read data from the card. Zero has a maximum rate of 16.7 megabytes per second, while seven has a maximum rate of 167 megabytes per second.

The SanDisk Extreme CompactFlash memory card supports UDMA-7, but the Ultra series tops out at around 50 megabytes per second. Note that these figures represent only the maximum theoretical speeds, and real-world speeds may be lower depending on the conditions. The transfer rate will typically be listed somewhere on the packaging or the card itself.

Content provided for informational purposes only. eBay is not affiliated with or endorsed by SanDisk.