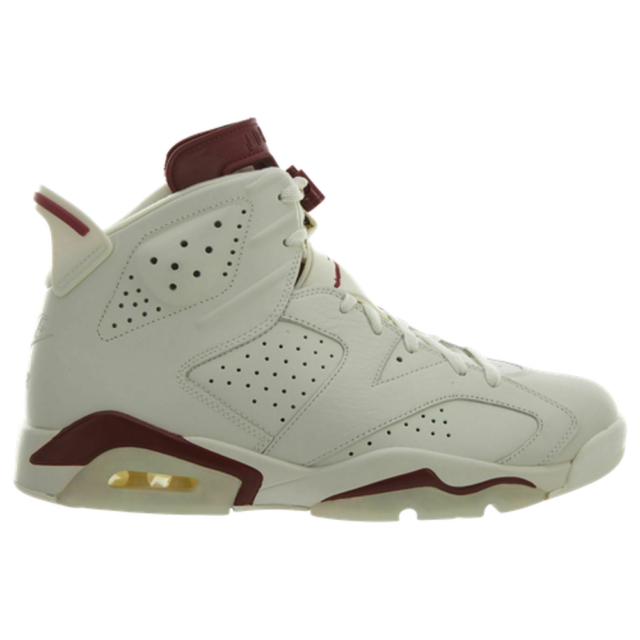 Michael Jordan won his first NBA championship while wearing the Air Jordan 6. Designed by Tinker Hatfield and originally released in 1991, the Air Jordan 6 had five original colorways in its first run:

Commercial Success of the Air Jordan 6

During the 1991 Playoffs, Jordan wore the Black/Infrared colorway. The sneakers were advertised through a series of black-and-white commercials featuring director Spike Lee as the character Mars Blackmon. One of these spots included Rock & Roll Hall of Fame musician Little Richard as a genie who turns Mars Blackmon into Michael Jordan. The NBA superstar also wore the White/Carmine colorway in a popular Gatorade commercial that introduced the "Like Mike" theme song.

Rappers and hip-hop artists have also embraced the Air Jordan 6. In 2004, Kanye West wore the Black/Infrared AJ 6 in his All Falls Down music video. Other musicians who have collaborated on the shoe include Travis Scott and Macklemore, the latter having an exclusive, limited quantity run created for friends and family that never got released at retail. 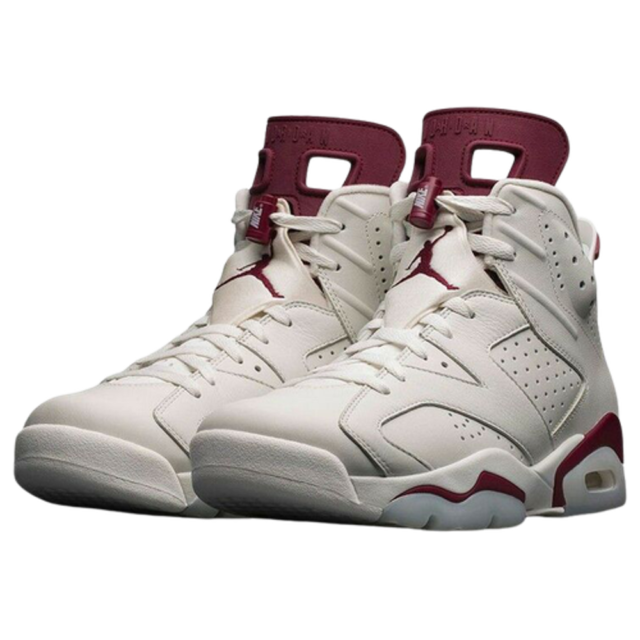 In a retro turn of events, the Jordan 6 tapped into its roots to re-introduce the classic Maroon colorway. Maroon accents the sneaker's white upper through hints of color on the tongue, midsole, and heel. The shoe's signature Nike Air support insert can be seen through a clear translucent window on its outsole. White lace overlays on each sneaker ensure a superior fitting, while a maroon Jumpman logo appears in the middle of each overlay. A Nike Air can be found woven into the heel in a bright white. Additionally, perforation holes along each side of the upper and on the Nike Air ankle insert to provide enhanced breathability for the foot and ankle. These functional Jordan 6 kicks became available on December 5, 2015. 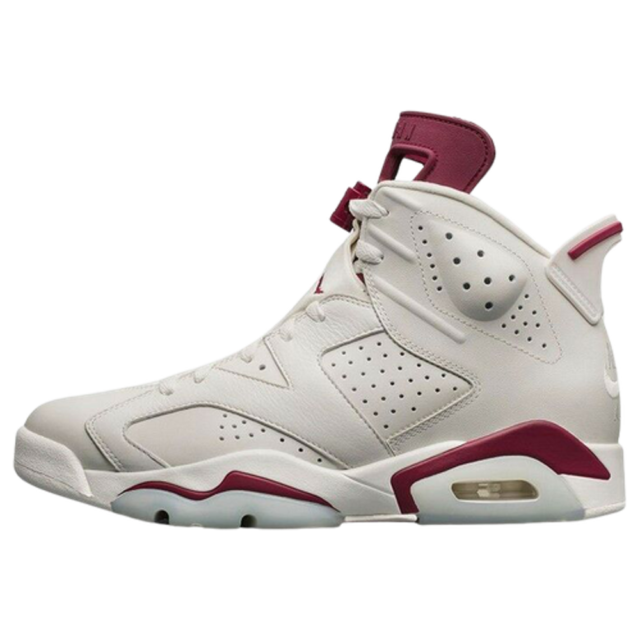