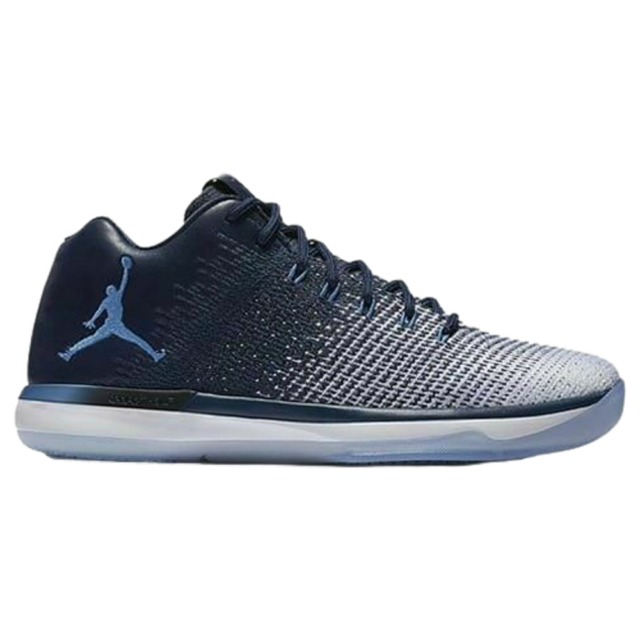 The Air Jordan 31 got a dark makeover when the Midnight Navy colorway appeared on its Low GS silhouette. The low-top sneaker incorporates a signature Flyweave design on its upper that begins with a white fabric on the toe and slowly fades into Midnight Navy on the side panel. The breathable Flyweave structure eventually fades into a premium leather construction on its heel. Midnight Blue continues on the laces and tongue as well as on the inner sole and the midfoot's midsole. The midsole fades to Carolina Blue on the heel, and Carolina Blue appears again on the lateral heel's oversized Jordan brand Jumpman logo. An icy translucent outer sole coats the bottom of the shoe, and its tread lends to superior traction both on and off the court. 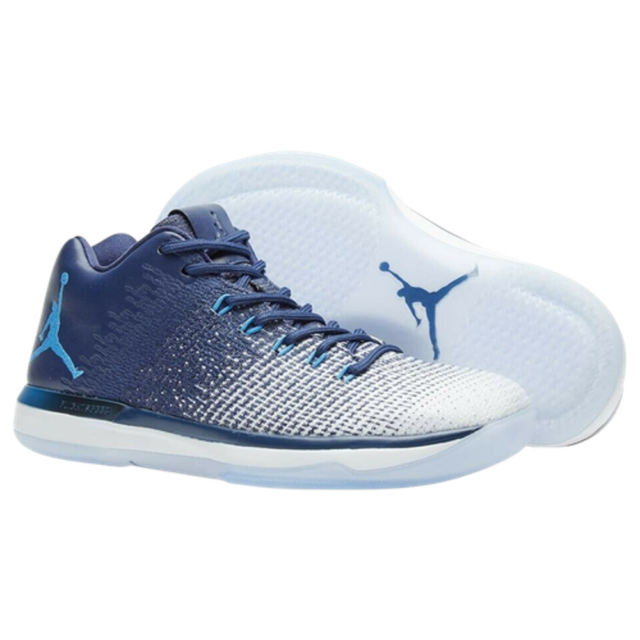