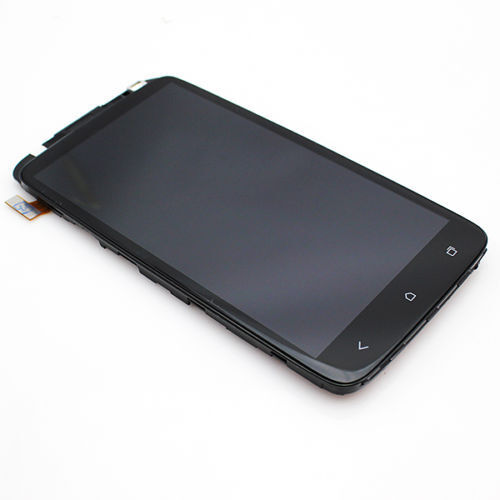 If your HTC One S screen is cracked or otherwise damaged, you can regain the full functionality of your smartphone by replacing its touch-sensitive LCD display. Once you install a replacement, youll be able to access apps, send texts, take selfies, and make calls just as before.

What parts are needed to replace this touch screen?

When an HTC One S screen becomes cracked, it is necessary to replace the glass screen and the underlying LCD display. This is due to the fact that the touch screen and the LCD are fused together during the manufacturing process. Attempting to separate the glass screen, or digitizer, from the other piece subjects both devices to further cracking. Thus, it is recommended to replace the entire assembly to avoid further damage to the phone. Most replacement units include both the LCD and digitizer already glued together. This allows for easier installation and ensures that no hidden damage exists.

Apart from the LCD assembly, repairing the touchscreen will also require the following:

How do you replace the HTC One S display?

Several steps must be completed to properly replace the digitizer. The body of the HTC One S is built around the touch screen. Therefore, replacing the touch screen will require a complete disassembly of the phone. This process is estimated to take approximately one hour to complete. Some of the general steps include:

Do all HTC One models use the same touch screen?

No, they dont. Each model has unique measurements for its screen size. The HTC One model uses a 4.7-inch LCD display. The HTC One S is fitted with a 4.3-inch touch screen. The Max has a 5.9-inch touchscreen. A digitizer assembly built for another phone will not fit. It is important to purchase an LCD assembly that is specifically designed for the right HTC One S model.

What is the screen resolution for the HTC One S?

The HTC One S touchscreen offers full HD. Its resolution is 1920 by 1080p. The display contains 468 PPI. Original equipment manufacturer replacements usually match the phones original resolution. This allows the user to resume enjoying the usual viewing quality of images and videos. Check the specifications of the replacement part for resolution information.

Content provided for informational purposes only. eBay is not affiliated with or endorsed by HTC.