As the earliest purpose-built men’s wristwatches and the first pilot watch ever made, the Santos timepiece is not only an integral part of Cartier’s history but of watchmaking at large. With their distinct square cases, bezels and dials, used Cartier Santos watches are some of the most popular timepieces in the pre-owned luxury market. 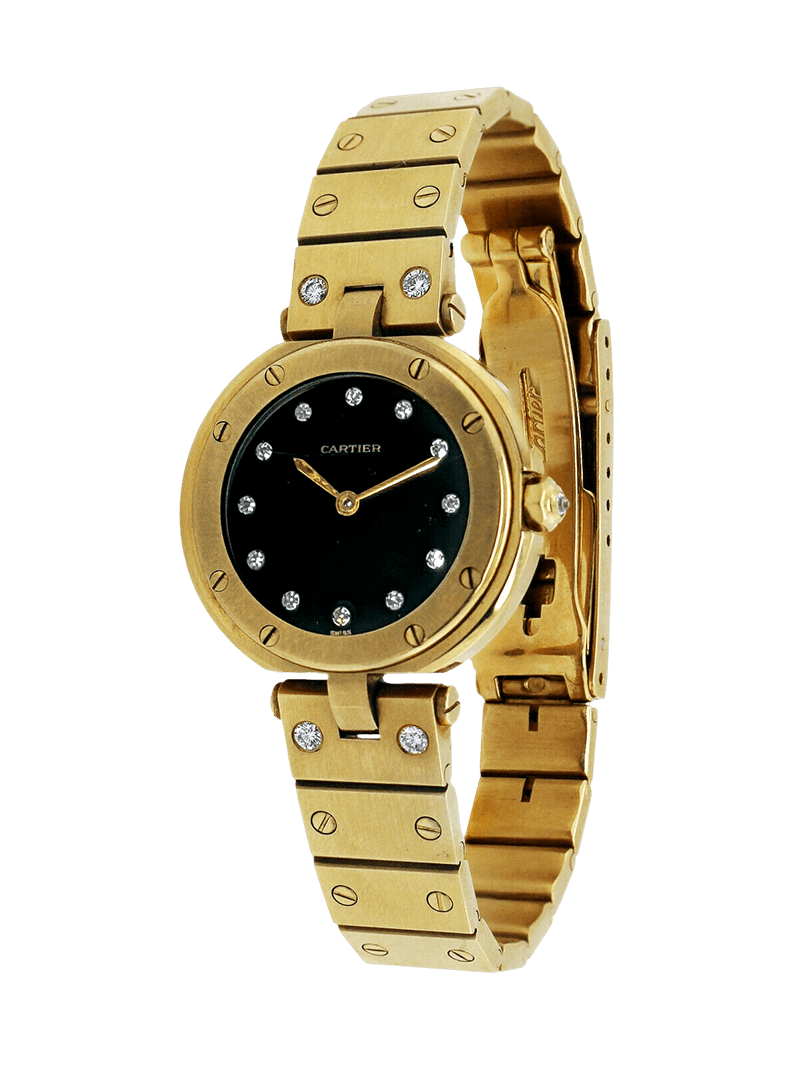 Throughout the history of the Santos, Cartier has made a multitude of fascinating versions of their famous watch. The Santos Skeleton is perhaps the most technically interesting because of its open-worked style. A skeletonized watch movement is a special version of a standard mechanical movement, in which all of its unnecessary areas are cut away for increased visibility of the mechanism. In a normal watch movement, the gears (wheels in watchmaking parlance) are often obscured from view, hidden underneath the sturdy bridges that keep them in place. A skeletonized movement is more difficult to manufacture, but the end result is spectacular.

More areas that are cut away create more areas to polish and decorate, which leaves no room for error. All of the internal parts of the mechanism are in clear view, making it easy to study and appreciate. The Cartier Santos Skeleton takes the concept of a skeletonized movement to a new level by making the movement itself function as the dial of the watch. The bridges are shaped into oversized Roman numerals, making the time easy to read and the turning wheels easy to appreciate.