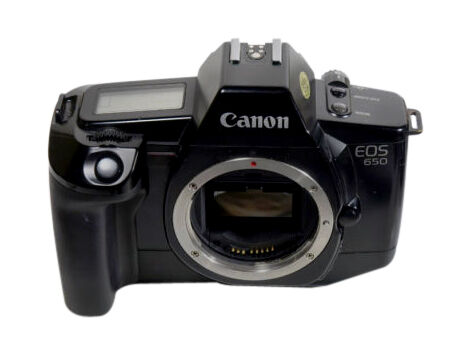 Cameras have come a long way since the first released in the late 19th century and, with digital technology constantly improving, digital single-lens reflex (DSLR) cameras now come with a vast range of exciting features. But for many photographers, the allure of film cameras is still strong, offering a slower and more thoughtful approach to photography. SLR film cameras still have some advantages over their digital counterparts, and you can often pair SLR camera bodies with your existing digital lens kit.

What Should You Look for When Buying a Film Camera?

Options can be quite limited when it comes to buying a new SLR camera that uses film, but there are lots of vintage and secondhand cameras on the market that will still do the job. Keep in mind that some SLR film camera bodies are compatible with your existing digital lenses, so make sure the camera body is autofocus-enabled if you already have AF lenses.

Why Are Film Cameras Still Relevant?

With all of the capabilities of digital cameras and the post-processing possibilities the technology offers, you may think that film cameras have become redundant. However, thats far from the truth with many photographers still opting to shoot with film thanks to its higher dynamic range, higher resolutions, and the art of capturing photographs.

Content provided for informational purposes only. eBay is not affiliated with or endorsed by Canon or any of the brands listed above.