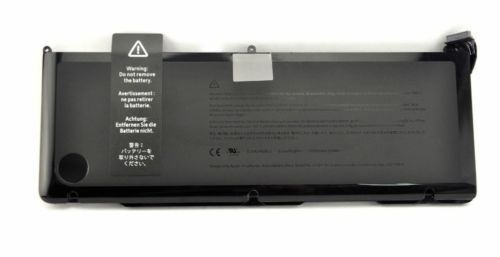 Needing a new battery is inevitable for any wireless electronic device, including the Apple MacBook Pro. Whether your MacBook has a power-hungry Retina display or your old battery has simply lost its power, replacing your Apple MacBook Pro battery is just a part of normal maintenance.

What are the steps involved in switching out a MacBook Pro battery?

The steps for replacing a MacBook Pro battery are few. Most battery replacement kits will come with a screwdriver. Once the machine is completely shut down, you can use this screwdriver to remove specific screws that are on the bottom of the Apple laptop. Then the battery can be pulled out and replaced with a new battery. Most mid-2009 to mid-2012 Apple MacBooks that are running OS X will update the batterys usage statistics.

Is the battery in sealed unibody MacBook Pro models replaceable?

Many mid-2012 and later Retina display MacBook Pros feature a closed unibody design that can be opened by removing the screws on the opposite side of the Retina display. From there, you install the replacement battery by swapping out the old one. Apple Pentalobe screws are compatible with standard Security Torx screwdrivers. Some users of mid-2010 unibody Pro devices might find that they have a couple screws to remove in order to free up the back panel.

Which devices does a 17-inch MacBook Pro battery fit?

Third-party manufacturers make sure that their replacement batteries fit several late-year models of polycarbonate notebooks. You can use a 17-inch MacBook Pro battery as a replacement for the stock battery in any of the following MacBook devices:

What is the battery life on a lithium-ion laptop battery?

If you generate a lot of processor cycles, you should get around two to three hours of battery life before having to recharge. Depending on the specs of your machine, you can get up to six hours if you dim the backlight once you replace the battery. This is especially true if you use the built-in keyboard and track pad.

Apple uses the mAh scale to estimate how long a battery will last when placed inside a MacBook Pro. You can usually get more use out of your MacBook Pro by installing a battery with a greater mAh value than the one Apple installed in the machine. For instance, mid-2009 and mid-2010 MacBook Pro machines may come with 5,000 mAh battery packs. If you installed a 10,000 mAh battery in your mid-2009 model MacBook Pro, then you could theoretically get twice as much usage out of your laptop before you had to plug it back in.