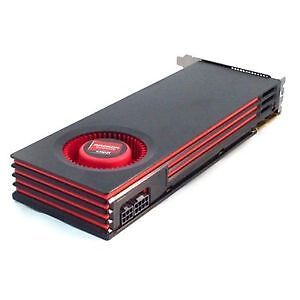 Which ATI graphics cards come with 2GB of memory?

That depends on when the graphic card was manufactured. ATI was acquired by AMD, another semiconductor company, in 2006. By 2010, AMD had stopped releasing graphics cards under the ATI brand. Between 2007, when 2GB graphics cards started to become common, and 2010, when the official discontinuation of the ATI brand occurred, a variety of 2GB graphics cards were released under ATI. These included graphics cards from the Radeon HD 4000, Radeon HD 5000, and the FirePro 3D series. Each series had a different intended market. The Radeon graphic cards, specifically the HD series, is designed for mainstream consumer computers and laptops, whereas the FirePro 2GB graphics card series is designed for professional workstations and servers.

What is the significance of the video memory?

Video memory, also known as graphics memory, is a pool of memory dedicated to rendering complex graphics and 3D models. In ATIs graphics card, this memory is embedded inside of the card itself, making it easier to access by the GPU. Complex graphical data from video games or other graphically intense software require an enormous amount of memory to render. Sometimes the size of this memory can rival the size of the main system RAM used by the entire computer. Video games typically have a minimum amount of memory they need to run properly. They also have a recommended amount of memory that may be required to run the game at a stable frame rate at normal graphical settings. Each game has a different amount of memory requirement. These requirements are always listed on the package or the storefront itself.

What is memory bandwidth?

What features do graphic cards and video cards offer?

\tContent provided for informational purposes only. eBay is not affiliated with or endorsed by ATI.